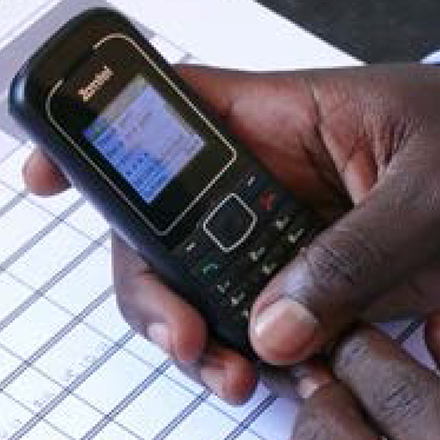 Millions of people die every day from diseases that could have been prevented. Diseases like HIV, Ebola, and Malaria are killing millions of people in developing countries every year. There are incredible numbers of health workers, government authorities, and other key stakeholders that are working to address this problem, but often are unable to connect or engage in real-time.

Succeed Powered by RapidPro, mHero harnesses mobile technology and uses it to improve existing health information systems (HIS), making it possible to rapidly strengthen communication among health authorities, the health workforce, and local communities, in order to save lives. In August 2014, the mHero Partnership, led by UNICEF, IntraHealth International, and the US Agency for International Development (USAID), and a team of international stakeholders, created mHero. The mHero platform allows health workers, government authorities, and other key stakeholders to engage in real-time, targeted communication via two-way short message service (SMS), interactive voice response, and direct calls. mHero communications, which are flexible and scalable, and can be triggered both centrally and locally, go far beyond the traditional “message blasts” offered by many technology vendors, enabling stakeholders to rapidly respond to health workers’ needs. During the pilot in Liberia, mHero sent SMSs to 482 health workers in four counties to validate health workers’ phone numbers, location, job title, supervisor, facility, bank account information (critical for timely payments), and use of facility attendance logs. Promisingly, of the 289 health workers reached, 57 per cent responded to the first mHero message. About three-fourths of those who responded to the first message completed all 15 questions in the work flow.